TechnoYeast: a successful alternative to blood plasma in piglet nutrition 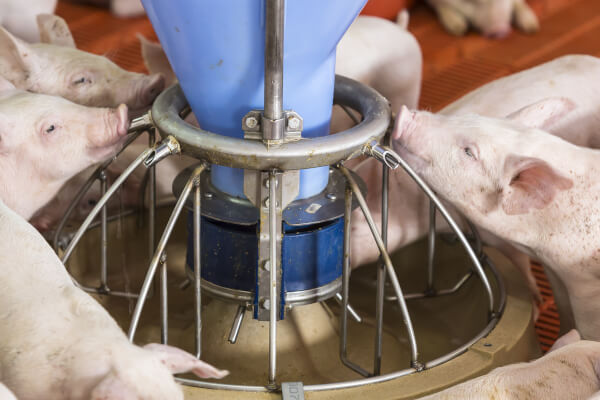 Weaning piglets from the sow is a stressful phase, which is often associated with reduced feed intake. Therefore, functional feed components and highly digestible protein sources, such as porcine blood plasma, are well-known to be an important part of a high-quality and palatable weaner diet to overcome the weaning phase successfully. TechnoYeast, a new innovation from Biochem, is a specially processed and particularly palatable feed additive, which shows similar or even better effects regarding gut health and growth performances in comparison with porcine blood plasma.

High feed intake is important for a healthy weaning

The immediate effect of weaning is often observed by reduced feed intake. Especially in combination with an inadequate developed digestive system, a reduced feed intake had negative impacts on the gut function and growth performance. Various feeding strategies are widely used, to ensure a high development and health status of weaning piglets.

The feed component porcine blood plasma is rich in amino acids (e.g., glutamic acid) producing the desired umami taste, activating specific taste receptors and enhancing appetite. However, piglets often get addicted to the pleasant taste of the plasma. Consequently, an additional drop in feed intake and growth depression occurs after the withdrawal of plasma from the weaner diet. This scenario is typical for the weaning period, therefore it is called in practice the “second weaning”. Furthermore, in some pig markets a huge discussion, especially in epidemic times (e.g. African Swine Fever), about a potential virus transmission from the usage of blood plasma is going on. As an exemplary consequence, the Chinese government banned the use of blood plasma in August 2018. Whereas in the EU, feed producers are often faced with numerous regulatory challenges associated with the production of blood plasma-based diets. For example, separate production lines are mandatory to avoid feed contamination for ruminants with animal protein like blood plasma.

In search of a safe alternative to animal protein sources

For all these negative aspects of blood plasma, the desire for safe, efficient, functional, and protein-rich alternatives is steadily growing. Due to its appetite-enhancing properties based on a milky-umami flavor, TechnoYeast has demonstrated that it is comparable to animal protein sources to increase feed palatability. TechnoYeast is not based on animal sources, but rather on a unique yeast strain called Kluyveromyces fragilis, which is well-known from baby nutrition.

The specific flavor is the result of a combination of the specially selected yeast strain and the particular processing. Further functional components such as digestible peptides and prebiotic yeast cell wall components enhance intestinal function and stimulate verifiably the immune system.

In a recent feeding trial, TechnoYeast (TY) was tested against various weaner diets based on commonly used dosages of protein sources like soybean Meal (SBM), soy protein concentrate (SPC), and porcine blood plasma (PBP). The SBM-based diet was defined as a standard weaner diet, whereby the other diets could be set as a range of high-quality diets. The piglets got different trial diets for the first critical 14 days after weaning. Afterwards, all piglets got the same diet from day 15 onwards (d15-42).

The performance level was in general very high. However, the following effects could be observed:

The familiar phenomenon of a drop in feed intake after the withdrawal of PBP could also be observed. It can be assumed, that TechnoYeast stabilized the gut function due to the combination of different digestive and prebiotic components.

These results are in line with previous findings and confirm the reliability and effectiveness of the product. Further studies underline the potential of the product and the possibility of a partial replacement of blood plasma by using TechnoYeast, despite commonly used blendings of the consecutive diets. Furthermore, economic benefits could be analyzed regarding the feed costs per kg of weight gain. The results of the complementary modes of action regarding immune stimulating effects could also be underlined in the current trial and show the opportunity to combine blood plasma and TechnoYeast successfully.

TechnoYeast is a promising component of high-quality weaner diets. The umami-flavor enhances the palatability of the diet and ensures a high feed intake, comparable to plasma-based diets or even higher. Highly digestible peptides, nucleic acid and prebiotic yeast cell walls support the development of the gut, increase growth performances and lead to economic benefits regarding feed costs in a partial or full replacement of blood plasma.