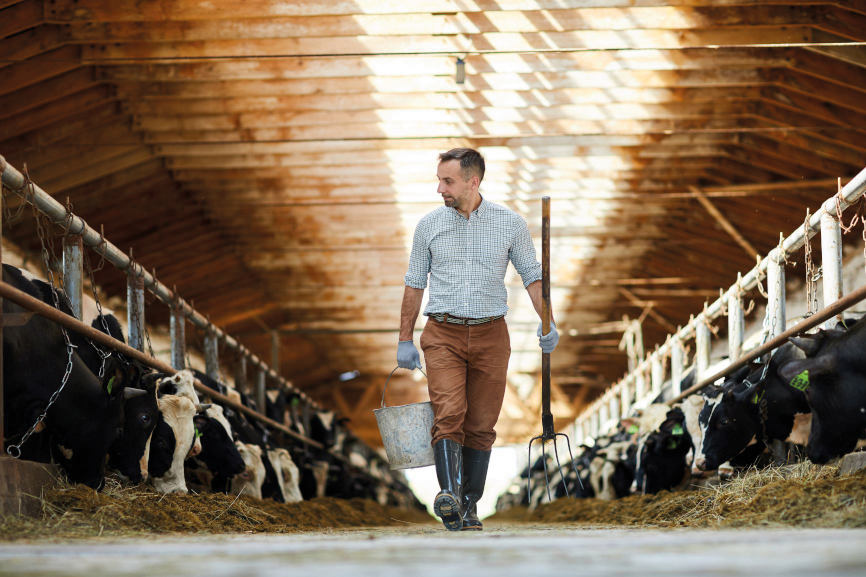 Supplementing trace minerals in animal nutrition is extremely important. The performance of today's livestock is steadily increasing – and this is accompanied by a need for key trace minerals. However, an EU-wide reduction in the maximum levels of zinc, manganese, iron and copper permitted in total feed and the use of trace element sources with limited availability minimizes the scope for sufficient supply for our livestock.

The crucial factor for safe uptake of trace elements via the animal's small intestine is their stability in the anterior digestive tract – and this is determined by the binding partner. Inorganically-bound trace minerals have binding partners including sulfates or oxides that are less expensive and therefore frequently used in practice. However, their digestibility is significantly lower compared to organically-bound trace minerals in which the trace element binds to carbohydrates, amino acids or other organic acids.

Establishment of products since 1992

Biochem established organically-bound trace minerals in the European Union more than 25 years ago with the amino acid chelate B.I.O.Key®. Organically-bound macrominerals such as calcium and magnesium were also established in the form of lysinate. The Biochem range of trace minerals was expanded in 2007 with the development of the new glycine chelate E.C.O.Trace®. These products have been continuously developed and confirmed by positive experiences. The advantage of glycine chelates is that they have a smaller chelate structure and a higher metal content. This is due to the small size of the single amino acid glycine.

Numerous tests have shown that the chemical product qualities are also confirmed in practice. The trace mineral sources are continuously tested in close cooperation with renowned institutes, universities and customers. Over the past decade, Biochem has regularly reviewed the efficacy of trace mineral sources in bioavailability studies in both piglets and broilers. This has been published internationally in scientific studies. The decisive factor is that these results are confirmed simultaneously with corresponding field trials. In a recent trial, the partial replacement of inorganic trace minerals with E.C.O.Trace® improved the reproductive performance of dairy cows. A significant 15-day reduction of the rest period along with a 9% increase in insemination success was observed with the use of E.C.O.Trace®.

The range of organically-bound trace minerals currently on the market is diverse. This makes it especially important to evaluate the quality differences within the product group with the same binding partner. The production of high-quality, organically-bound trace minerals requires well-founded experience as well as numerous efficacy studies in the animal to confirm the quality.