Why should you feed colostrum not only at the day of birth? 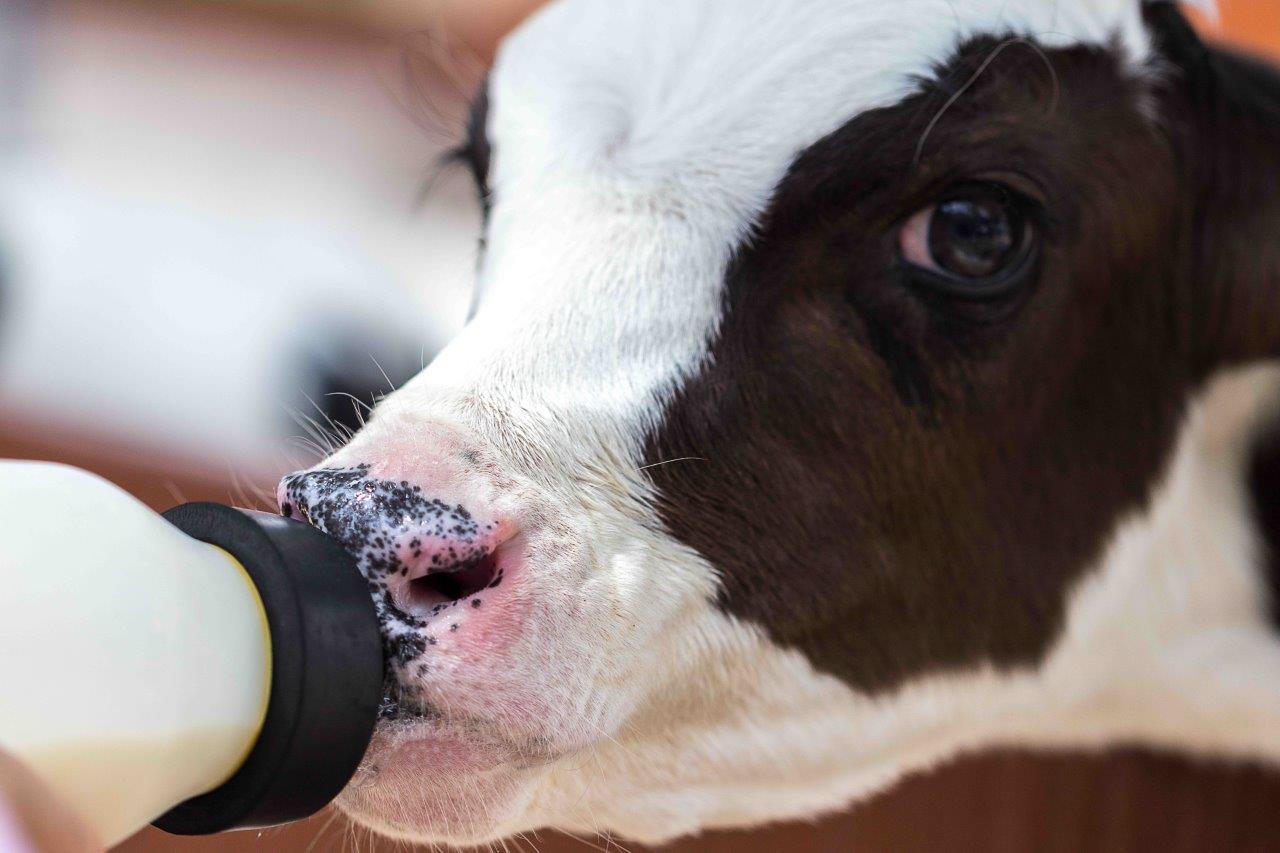 Colostrum is more than immunoglobulins and even more than the first essential meal for neonates. Directly after birth, the transfer of passive immunity is the main task of colostrum. But the dam provides immunoglobulins and bioactive substances for more than one day to ensure optimal neonatal development. The reduction of antimicrobial substances and antibiotic-free rearing is a major interest in livestock farming. Hence, bovine colostrum products are commonly used as a natural alternative in feed and dietary feed supplements for calves, kids, piglets, and puppies.

It makes sense to provide fresh or dried bovine colostrum after the first 24 hours of life. Even though the immunoglobulins are not able to pass the gut barrier, they stay in the intestine and support the local intestinal immunity (Fig. 1). 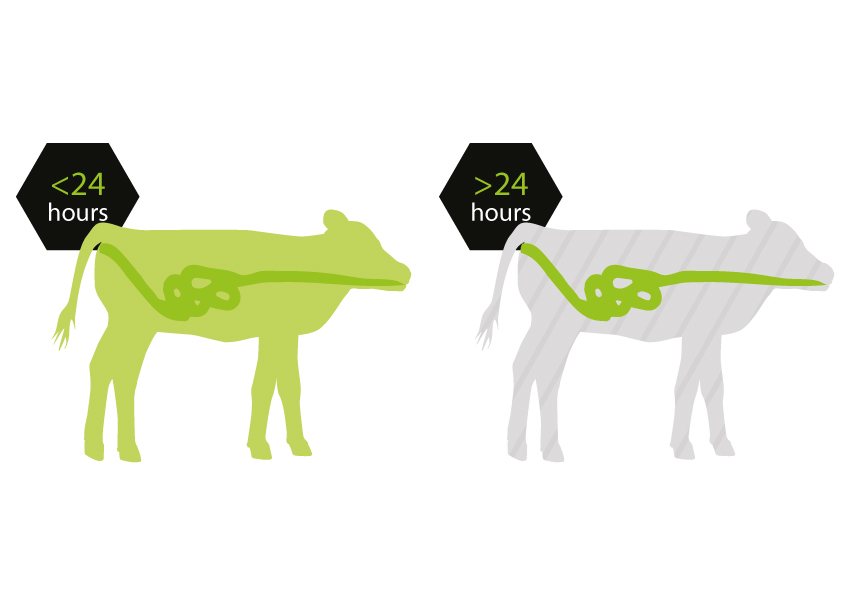 The first colostrum has the highest concentration in immunoglobulins and other bioactive substances. During the following five days, the concentration drops in bovine colostrum to the mature milk levels. This milk yield is called transition milk. The concentration in bovine colostrum drops to the mature milk level(s).  Providing the offspring growth factors, antimicrobial substances, immunoglobulins and nutrients to protect the young animals’ intestine through mucosal growth, healing and to support the developing gut immune system.

Immunoglobulins bind themselves target specific to pathogens, they prevent the attachment and invasion into the intestinal mucosa. This mechanism is not species-specific, but pathogen-specific. Therefore, it is possible to use colostrum supplements of bovine origin in other animal species and across countries. For example, the used colostrum powder is sourced from cows never exposed to Salmonella, no immunoglobulins against Salmonella are presented in the colostrum and therefore it will not function in piglets suffering from Salmonella. Conversely, if the cow produced immunoglobulins against ETEC and lambs, infected by ETEC, achieve this colostrum, it will benefit from pathogen-specific binding. The technical term for the use of foreign colostrum is a heterologous colostrum, whereas homologous colostrum describes that mother and offspring are from the same species.

Several studies showed the beneficial effect of feeding bovine colostrum or colostrum-derived products to pre-weaned calves in the first 14 days of life. Fewer days of diarrhea, reduced incidences of respiratory and umbilical disorders were observed. A successful transfer of passive immune transfer was essential for the reduction of mortality rates (reviewed in Berge et al., 2009) (Fig. 2). 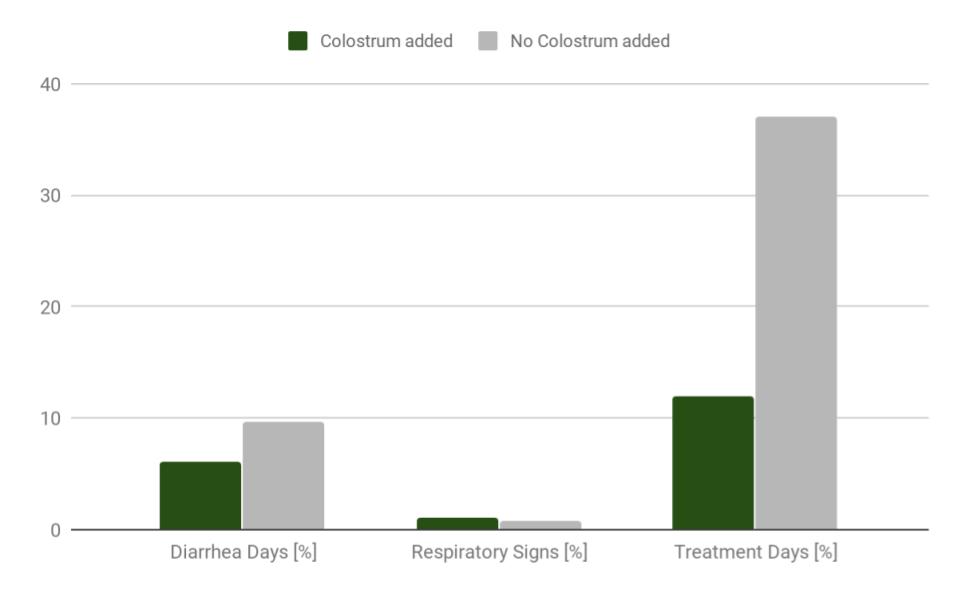 Figure 2: Positive impact of feeding a colostrum powder supplemented milk replacer for 14 days on calf health. Days of diarrhea and respiratory signs are shown as well as the number of essential treatment days (modified from Berge et al., 2009).

B.I.O. Ig is a natural bovine colostrum powder high in immunoglobulins, which can be used as an additive in milk replacers and meal feed for young animals. A high-quality standard ensures safety and efficiency.
The beneficial effects are mainly resulting from high immunoglobulin concentration, which ensures direct pathogen binding regardless of species, and numerous bioactive substances supporting local intestinal health and immunity.

The use of colostrum-derived products in young animal nutrition has shown numerical economic benefits:

For critical phases, Biochem has also developed successful dietary feed supplements (Bimulac concept), in which the B.I.O. Ig is successfully used.
Due to the increasing demand to reduce the use of antimicrobial substances in food animal production and the increasing list of banned substances on the one side and the growing interest to improve young animal health on the other side, B.I.O.Ig is a strong additive to back up young animal immunity and health.