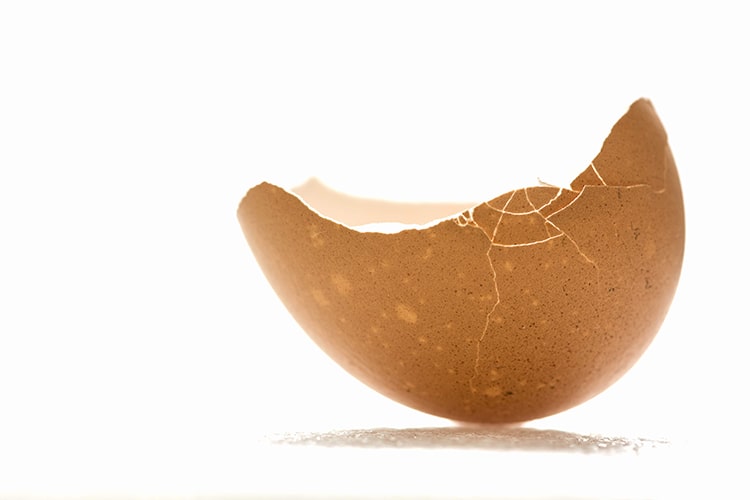 The focus in modern egg production is on maximizing animal performance and ensuring high-quality food production. But the growing demand for high performance is accompanied by serious challenges for the farmer when it comes to the laying hens' eggshell quality and bone stability.

Eggshell quality is a key economic factor in the egg industry. Approximately 6-8% of total egg production is unusable or unmarketable due to poor quality shells. Especially broken and cracked eggs result in a significant loss for the industry as well as for individual producers. It is also important to ensure eggs have a firm, break-resistant shell and are free of other defects to provide substantial protection against pathogenic bacteria such as Salmonella spp. The size of an eggshell increases and its strength decreases with the age of the laying hen. Poor bone quality, which is primarily a result of osteoporosis, is another problem associated with highly productive hens. The depletion of mineralized structural bones leads to increased fragility and susceptibility to fractures. In laying hens, these effects become more significant during the last phase of the laying period.

Why are trace minerals so important for laying hens?

Macro minerals (Ca, P) and vitamin D3 are well known for their positive effects on shell and bone quality in laying hens. But trace minerals such as Zn, Mn and Cu, have also proven to be essential because of their impact on formation of the eggshell and healthy bones. This is primarily due to their importance in forming the enzymes required for the mineralization process.

The impact of Zn, Mn, and Cu deficiencies on eggshell formation has been documented by many researchers. A Zn deficiency can result in decreased egg production and eggshell quality. This is due to zinc's role as a cofactor in the enzyme carbonic anhydrase, which is essential for eggshell formation. Mn deficient hens are reported to produce eggs with thinner shells due to an alteration in the structure of the organic matrix. Cu is a cofactor in the enzyme system that catalyzes the crosslinking of collagen and elastin. A Cu deficiency can result in eggshell deformities. Zn and Mn are especially important for the skeletal system. A trace mineral deficiency reduces development and stability of collagen fibers, resulting in a perforated and weak fundament for bone mineralization. Consequently, special attention should be focused on the supplementation of trace minerals in laying hen feed.

Choosing the right source of trace minerals is of high importance.

5 facts why chelated trace minerals are beneficial for laying hens

Several research studies have demonstrated that chelated forms of Zn, Mn, and Cu are characterized by a higher bioavailability compared to their respective inorganic forms. This supports trace mineral-related body functions more efficiently and enables a lower inclusion rate and hence excretion of metals. The higher bioavailability of chelates is related to a different mechanism of absorption and to better protection from dietary antagonisms.

Measurement of digestibility is one proven parameter for evaluating bioavailability. A number of studies on apparent digestibility and retention of Zn, Mn and Cu have shown higher absorption from chelated trace minerals than from inorganic forms like sulfate (Figure 1). 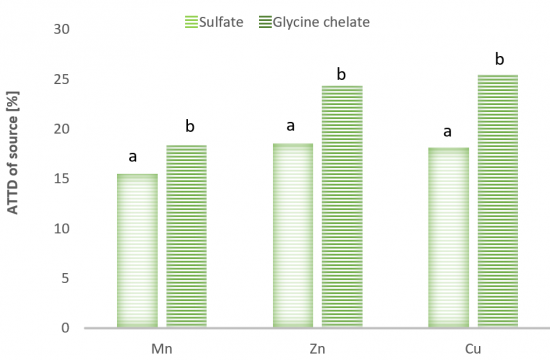 It has been shown that chelated trace mineral forms allow a higher accumulation in the bone tissue compared to sulfate forms (Figure 2). Especially a better Zn bioavailability is conducted with a higher Ca concentration in the tibia bone and an improved tibia bone strength. Some other studies indicate that better availability of trace minerals can lead to an improvement in tibia breaking strength in laying hens at the end of the laying period. 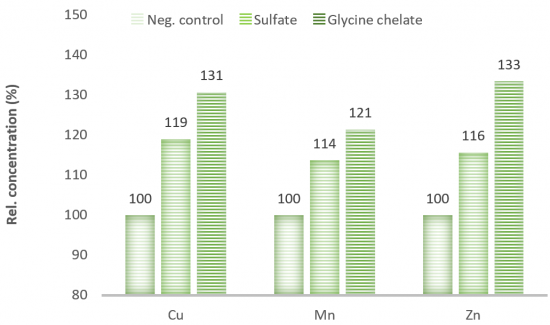 Figure 2: Effect of trace mineral source (sulfates vs. E.C.O.Trace® glycine chelates) on the relative concentration of metals in the tibia bone of broiler chicks at the end of the fattening period (Vislykh, 2010)

In a recent field trial with laying hens, a combination of glycine-bound Zn, Mn and Cu (E.C.O.Trace®) was included on top of a commercial diet. During the trial period, improved eggshell quality was demonstrated by a lower number of cracked or broken eggs (Figure 3). Also, a visual egg inspection by the farmer indicated that the eggs were shinier with a stronger eggshell. 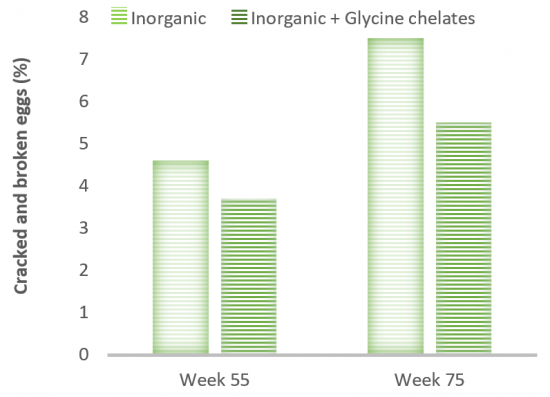 Figure 3: Effect of glycine chelates (E.C.O.Trace® ) included in a layer diet on proportion of cracked and broken eggs at the end of the laying period compared to the previous production cycle with only inorganic trace minerals in the diet (Biochem, 2019)

During the same trial, the hens showed slightly better laying performance along with a lower mortality rate (2.8 vs. 3.1%) during the phase of high laying performance (>90%) with the glycine chelates on top. Due to the good performance results, the chelate-fed hens could be kept in the house eight weeks longer than usual (standard = 75 weeks).

The inclusion of glycine chelates (E.C.O.Trace®) in the above trial demonstrated a distinct improvement in eggshell quality as well as longevity of the laying hens. This resulted in a significant economic benefit for the farmer.

In summary, it can be assumed that feeding trace minerals is essential for physiological and productive parameters for laying hens. In particular, the use of organically bound trace minerals like chelates is beneficial to skeletal development and eggshell quality, especially in critical times of increased demand.

To learn more about the chelates in our product portfolio, please contact a Biochem expert or visit our website.