3 Myths about Additives in Aquaculture

By definition, a myth is a narrative or a traditional story. But not every story is a myth. Stories have always been used to share knowledge. However, one problem with stories is that they often change over time. Parts of them get lost or become outdated – and the myth is born! Especially in times when so many stories (including this one) are spread via the Internet, fact-based knowledge becomes essential to dispelling myths. Today we want to take a look at three common myths concerning additives in aquafeeds.

Myth #1: "A good yeast-based prebiotic is characterized by a high glucan content"

Yeast-derived glucans are welcome feed additives in aquaculture to promote resistance to disease or epithelial mucus production, etc. But glucans are not all the same. They are a diverse group of polysaccharides that are subdivided according to the type of glycosidic bonds:

The immune-modulating effect of yeast products is only associated with β-1,3- and β-1,6-glucans (Bohn et al. 1995). Therefore, a declaration of "total glucans" or "β-glucans" is not enough. Starch is considered a glucan and cellulose is a β-glucan, but neither of these glucans affect immune functions. Even an ideal indication of the exact amount of β-1,3- and β-1,6-glucans does not say anything about the efficiency of the product. Efficiency in this context refers to how much product would be needed to get the desired effect. And this is primarily related to the yeast product purity and manufacturing process (Stier et al. 2014).

Our experience with yeast cell wall products has taught us the exact opposite of the above myth is true. Products with high glucan values are often byproducts from ethanol production. The anaerobic conditions during this manufacturing process force yeasts to transform glucose into ethanol. To protect themselves against the accumulation of ethanol in the environment, yeasts start to build a thick cell wall, enriched with β-glucans. Unfortunately, these thick cell walls are also better protected against autolysis or hydrolysis – the common methods that release β-1,3- and β-1,6-glucans. It is obvious that such products lose some potential to effectively boost immune functions.

Perhaps it is better to identify another indicator to evaluate a yeast-based prebiotic. The level of mannan oligosaccharides (MOS) in yeast cell walls is generally unaffected by the manufacturing process. MOS is known for its ability to bind gram-negative bacteria (e.g. Vibrio or Aeromonas) and remove them from the intestine. In this context, a high MOS content would be preferable to a high ß-glucan content. This is because MOS reduces the load of pathogens and thus the need for a boosted immune system. On the other hand, the efficiency of MOS can still be affected by a thick yeast cell wall and consequently by the manufacturing process.

How do we identify a good yeast-based prebiotic? Here are 4 important aspects:

Myth #2: "Mycotoxins are more of a threat to aquaculture in tropical areas than in northern hemisphere countries"

It's true that most fungi that produce mycotoxins as secondary metabolites tend to grow best in warm and humid environments. For example, Aspergillus flavus is known to produce aflatoxin B1 (AFB1) under tropical storage conditions (Song and Karr 1993). To better assess the occurrence of fungi and their mycotoxins, we need to know where they are found.

There are two types:

Storage fungi are a result of certain storage conditions. Inadequate ventilation, high temperatures, and moisture are the main reasons for fungal growth. This can occur in raw material storage as well as in feed bags. Mycotoxins associated with these fungi are AFB1 and ochratoxin A (OTA). Field fungi grow directly on crops. This type of fungus and the production of its heat and acid-stable mycotoxins thrives especially well during rainy seasons. Fungi from the Fusarium genus produce a highly diverse range of mycotoxins, such as deoxynivalenol (DON), nivalenol (NIV), zearalenone (ZEA) and fumonisin B1 (FB1).

Thus, an aquafeed producer with cool and dry storage conditions might have a lower risk of mycotoxins than one operating in tropical conditions. Consequently, the above-mentioned myth is justified to some extent – or is it?

Figure 2: Fungi and their respective mycotoxins

There might be a lower risk for AFB1. But if we regard the aquafeed market as a global industry, things look quite different. Raw materials are sourced and shipped all over the world. And agricultural products like corn, wheat, and soybeans have become the key ingredients in fish and shrimp feeds. The feed mills can invest in the best silos, but the mycotoxins come by truck. Evaluations of 97 commercial fish feeds from Europe (Pietsch 2020) revealed that the most prevalent mycotoxins are the following:

The high levels of these toxins were mostly related to bad wheat or bad corn. However, alarming levels of so-called 'emerging mycotoxins' were also found. These are also produced by field fungi Fusarium spp. and because they are new, there are currently no guidance levels. Another aspect of mainly field fungi-derived mycotoxins is their potentially 'masked' character. This results when plants alter the chemical structure of mycotoxins to protect themselves. Such masked mycotoxins are indetectable using common analytical methods and continue to pose a potential threat (Berthiller et al. 2013).

In this sense, mycotoxins are basically an unavoidable risk in feed formulations because it is generally difficult to determine the real contamination level. And since mycotoxins are not homogeneously distributed throughout a feed or raw material batch, representative sampling is practically impossible.

The only safe option to effectively deal with this hidden threat is the use of a toxin binder. Biochem's B.I.O.Tox® product range was carefully formulated as a feed additive with outstanding toxin-binding capabilities. Selected mineral and yeast components irreversibly bind all types of mycotoxins and remove them from the intestine. Our newest product development, B.I.O.Tox® Activ8, is an optimized toxin binder that also binds DON and other challenging mycotoxins.

Trace minerals must be added to any fish or shrimp diet to ensure optimal performance and health. But in order to determine the right inclusion level of minerals, feed manufacturers need to know both the mineral content of the raw materials and the mineral requirements of the animal species. This is a challenging task because the bioavailability – or biological retention – of minerals depends on their source. There are 3 mineral sources that can be used in fish and shrimp feeds:

The mineral content in raw materials is generally too low to meet the specific needs. It also varies significantly between different raw materials. While animal-based ingredients such as fish or poultry meal have higher levels of zinc and iron, plant sources are usually rich in copper and manganese. Hence, the increasing use of vegetable ingredients may alter the mineral profile of feeds (Domínguez et al. 2019). In addition, many fish species raised in aquacultures are carnivores and their access to minerals in plant material may be limited.

Premixes with inorganic minerals are the common way to compensate for the lack of certain minerals. These formulations are often based on the minimum requirements as specified by the NRC and the maximum values set by the EU. Unfortunately, most mineral recommendations defined by the NRC correspond to research studies from the last millennium. Prior to the year 2000, fish feed consisted of up to 90% marine ingredients. Today it is less than 30% but with much more plant materials (Aas et al. 2019). These studies do not include antinutritional factors such as phytic acid from plants. Due to its ability to complex with minerals, phytic acid is the main reason for mineral and phosphorus losses in aquafeeds (Rasid et al. 2021).

Therefore, it would seem logical to increase the mineral content of the feed to compensate for the reduced bioavailability – or does it? 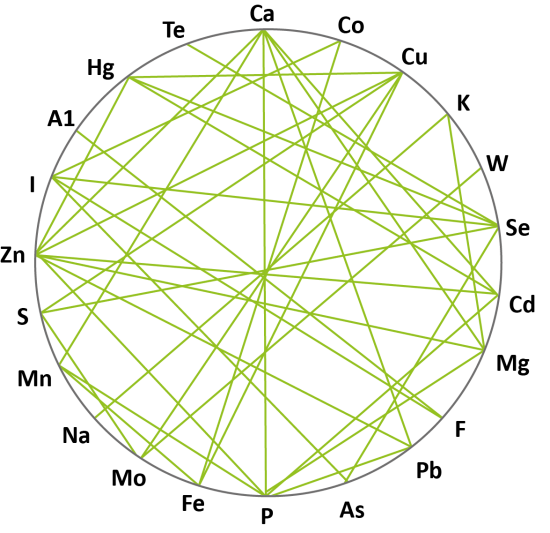 Figure 3: Antagonistic effects. The interconnected elements were found to be in an antagonistic relationship to each other.

Phytic acid is not the only mineral-related antagonist that fish and shrimp have to deal with. The minerals themselves compete with each other to use the same metal transporters into the animal. Some competitive relations are well known, such as zinc vs. copper or iron vs. manganese. Others were recently described by Domínguez et al. (2020). They found that while inorganic zinc and iron concentration in the feed increased, the retention of iron in the bone tissue of gilthead seabream continuously decreased. In other words, high levels of inorganic minerals can reduce the bioavailability of other minerals.

Chelated (organic) minerals like E.C.O.Trace® were introduced to avoid antagonistic effects, e.g. due to phytic acid or metal transport competition. Minerals of this type are bound by the carboxyl and amino groups of a corresponding amino acid. It is this 'tight grip' that makes it more stable at low pH levels, such as those found in the stomach. Moreover, chelated trace elements are associated with a broader range of absorption mechanisms. For this reason, they have a much higher bioavailability and fewer antagonistic interactions than inorganic trace minerals.

Biochem has many years of experience with organic trace minerals. If you want to find out more about our glycinates from the E.C.O.Trace® range and other trace mineral products, please visit our website or contact a Biochem expert for complete details.