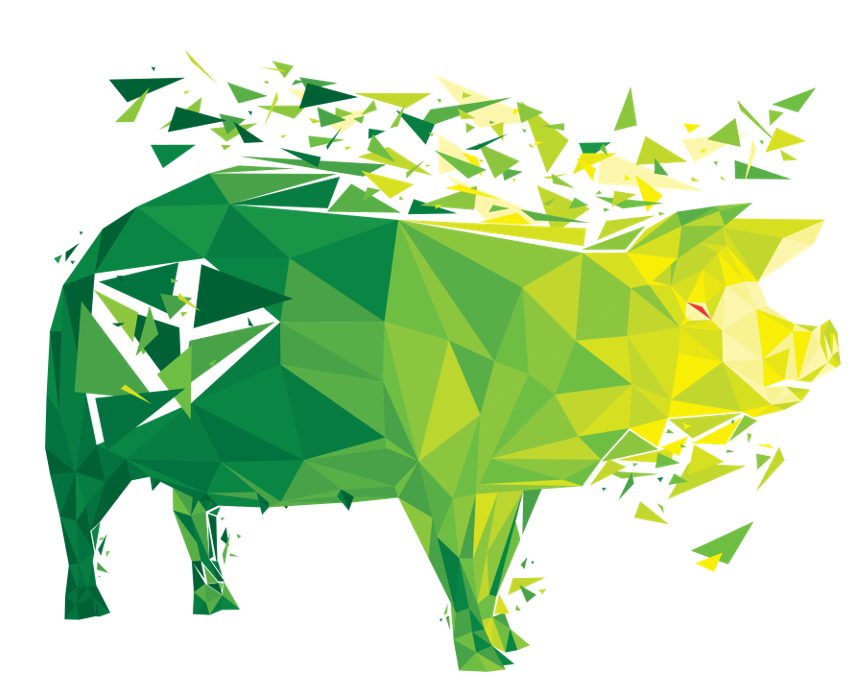 Pathogenic E. coli can cause a range of problems in livestock animals, especially in weaned pigs. The key lies in the suppression of pathogenic bacteria and promoting the beneficial bacteria at the same time. Bacillus coagulans DSM 32016 is a powerful probiotic that can do this effectively.

The gut is colonized by a complex community of highly diverse microbes: the gut microbiota. Microorganisms present in the animal gut face a constant battle for resources such as nutrients and space, making the intestinal lumen a symbological war zone. Bacteria often engage in a fight with others by releasing antimicrobial compounds or other molecules that control competing microbes. The balance between pathogenic and beneficial bacteria is crucial. A shift towards pathogenic bacteria can directly lead to reduced gut health and associated infections, negatively impacting animal health and performance.

The Art of Competitive Exclusion

Knowledge about the right intestinal balance and how to influence this sensitive ratio has been a research topic for many years.

Most of the research associated with animal nutrition and feeding strategies comes down to competitive exclusion in the gut through probiotics in the diets. This strategy is entirely aimed to reduce colonization or decrease populations of pathogenic bacteria in the gut and concomitantly promote the growth of beneficial bacteria. Lactic acid bacteria have a long history of successful usage as probiotics in animal nutrition and are an effective tool for competitive exclusion. Efficient production of lactic acid in the intestines lowers the pH in the gut and worsens the milieu for pathogenic bacteria like E. coli and Salmonella. On the other hand, health-beneficial bacteria profit from lactic acid as they can use this organic acid as a substrate.

Bacillus coagulans DSM 32016 utilizes many different modes of action to beneficially modulate the intestinal microbiota, including suppressing harmful bacteria through competitive exclusion and direct inhibition. To test the inhibitory efficacy against pathogenic E. coli, Biochem has carried out several studies, both in vitro and in vivo. Under collaboration with the Free University of Berlin, it was possible to delve deeper into the inhibitory power of Bacillus coagulans DSM 32016. The research group investigated the specific growth rate of two different potentially harmful E. coli strains co-incubated with the supernatant from Bacillus coagulans DSM 32016 cultures in buffered media. The results of this in vitro study showed that the specific growth rate of both E. coli strains was reduced when Bacillus coagulans-driven supernatant was added (Figure 1). 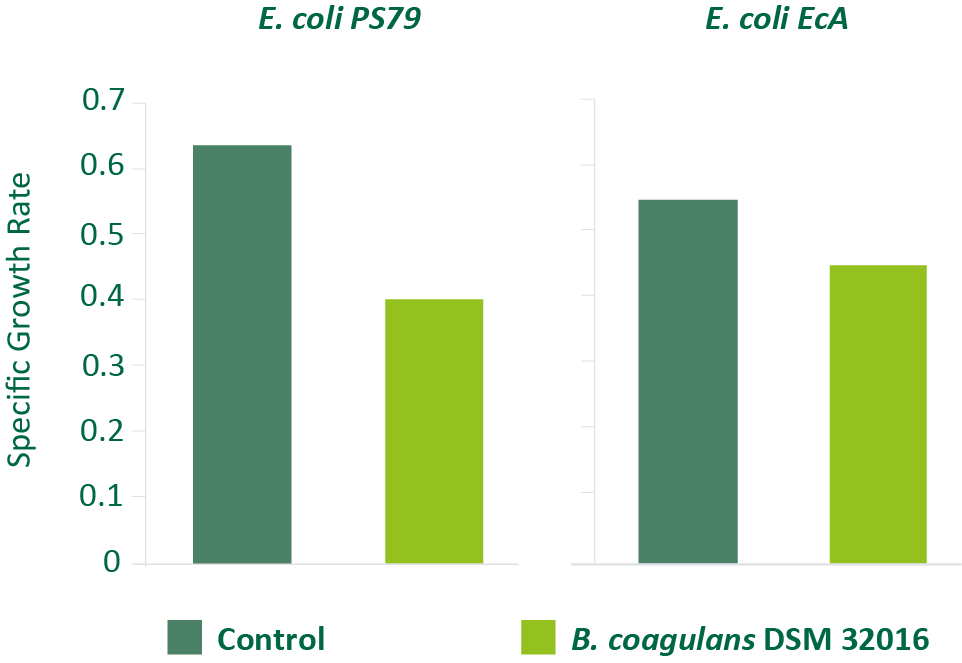 Both studies confirm the inhibitory power of B. coagulans against intestinal E. coli. Based on these findings, a potent probiotic strain like B. coagulans DSM 32016 helps to manage and prevent gut-associated disorders in pigs caused by specific pathogenic bacteria.